One area of research at the P3H Lab investigates how U.S. states shape population health. Policies made by state governments shape nearly all aspects of people’s lives, including their health and life expectancy. Adults living in certain U.S. state experience poor health and disability one or more decades earlier than adults in other states, and die nearly five years earlier. These differences across states have become more severe since the early 1980’s and they are most pronounced for adults who have attained relatively low levels of formal education. Research in the lab aims to explain these large growing differences. We conduct interdisciplinary and rigorous research to answer critically important questions, such as: 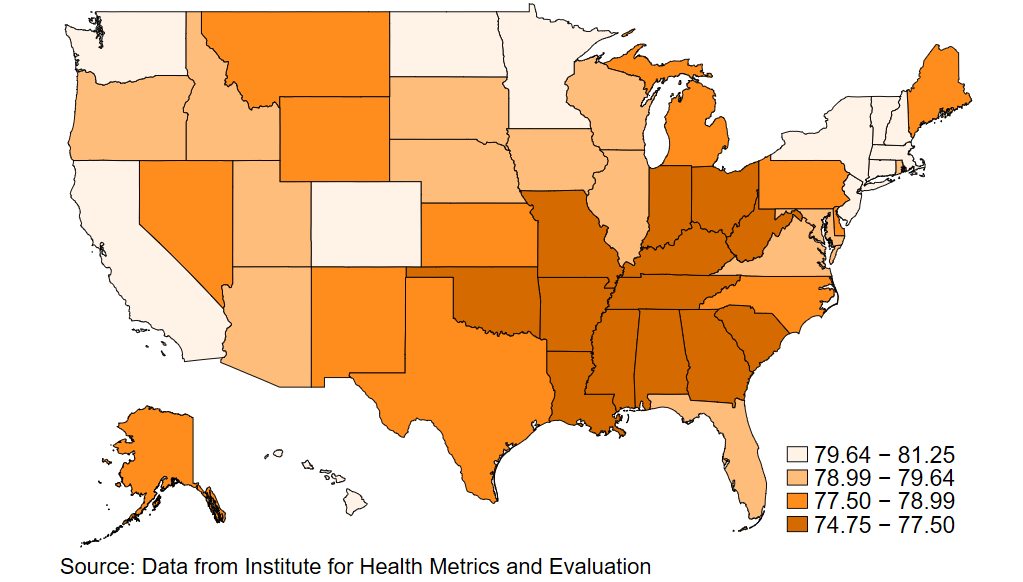