Professor of Biology, College of Arts and Sciences Link

Professor Kate Lewis is a Professor in the Biology Department. She runs an extramurally funded research program investigating how different types of nerve cells are made in the embryo and develop throughout life.

Lewis received a first class honors degree (BA) in Genetics from Cambridge University in England, a Masters Degree with Distinction in Women’s Studies from the University of Westminster in London, a PhD in genetics and developmental biology from University College London and she also spent a year at Harvard University as a Kennedy Memorial Scholar. Her postdoctoral training was undertaken with Professor Judith Eisen at the University of Oregon, where Dr Lewis held a Wellcome Trust International Prize Travelling Research Fellowship. Lewis started her own research group in the UK in January 2004 as a Royal Society University Research fellow at the University of Cambridge, where she was also a fellow at King’s College Cambridge. She moved to Syracuse University in 2010. Lewis’s research concentrates on how different nerve cells are made in the spinal cord. She is particularly interested in the regulatory genes that instruct cells to make distinct types of nerve cells. The Lewis lab primarily use zebrafish embryos for their research but they also sometimes use other animal models such as frog and even dogfish (a type of shark).  The knowledge gained from this research should ultimately be important for developing treatments for nervous system diseases, disorders and tumors, as well as methods for facilitating the repair of particular nerves after injury or neurodegeneration. For example, understanding the roles of different genes in specifying particular nerve cells should enable researchers to grow specific types of nerves from stem cells for treating conditions such as Alzheimer’s disease, Parkinson’s disease, stroke and spinal cord injuries. In addition, understanding the genetic differences between nerve cells will help us to understand why neurodegenerative diseases and aging often only affect specific classes of brain and spinal cord cells. 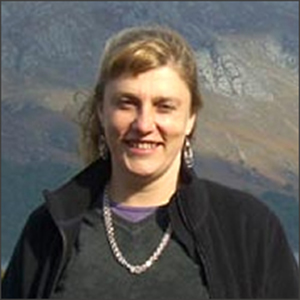